i can understand your opinion a little. but why there are rules like only pitching 5 % or stuff? The most faster trackz are not produced as good as the slower so why don't pitch 20% if it sounds good in my opinion. and i know that many people like it!

i recorded this Set just 4 fun while i was very angry after work. This Set was just for me and after doing it i was't angry anymore...at this time i needed this faster music in kind of my anger. Some weeks later i uploaded it because i thought maybe some people like this fast speed.
My normal bpm range when i play @ party is 180-190...

At the moment i have less time but i will record a slower set wich is made with much more love and not angry after work in the next month!

Have a great sunday. 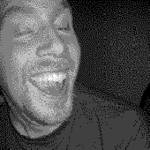 Sorry, but I can't really agree with the statements some people gave
here. IMHO it's not at all disrespectful to pitch tracks way up (like +30%).
In fact, there are a lot of tracks I know which sound kinda dull as long as
they are not pitched up for at least 10 to 20bpm (or even more). There is
a limit of course, but it's higher than the suggested +7bpm.

And why should it be wrong to alter the dynamics and groovyness of a
track by pitching it up. Alterations don't always mean a bad thing. Many
tracks with a pumping kick and a nice descent snare with moderate
twistyness sound just great at 200bpm.

Give it a shot and try pitching them up to 200bpm.

I also just recorded a set a few weeks ago, playing tracks at a
constant speed of 200bpm and many of them are running at original
speed from 150 to 170bpm.

To sum it up a bit... pitching up is not a bad thing but the worst thing you
could ever do is pitch down a track. Pitching tracks up way over their
original speed (+20bpm and sometimes even more) can often lead to
totally new sound experiences the artist might not have expected in the
first place but are just great. Therefore I can't understand an artist who
complains about DJs pitching up their tracks if that makes them sound
different but still great (sometimes even better). As long as the people
love the music they hear at parties, regardless of style and speed, why
not give it to them to make them happy?

because T-Tuned said something about Kalilaskov As feeling kinda insulted
by DJs who pitch up his music. I've just tried it with some of his tracks and I
must say, most of his music is not meant to be pitched. So I can understand
him. But "Requem for Hallucination" from "Full Reaction" Compilation can be
at least played at 180bpm. But not any faster. At least that's my personal
opinion.
Last edited by dachande on Mon Mar 29, 2010 7:07 am, edited 2 times in total.
Top

dachande wrote:Just a short thing to add to my post:

because T-Tuned said something about Kalilaskov As feeling kinda insulted
by DJs who pitch up his music. I've just tried it with some of his tracks and I
must say, most of his music is not meant to be pitched. So I can understand
him. But "Requem for Hallucination" from "Full Reaction" Compilation can be
at least played at 180bpm. But not any faster. At least that's my personal
opinion.

Vladim was furious bout the idea f pitch bendin tracks in a set... he said what an artist makes is his creation... a dj set should be like a killlllaa dish that a chef makes without screwin up the taste & pitch bended sets taste "rotten" .. anyways i personally never exceed +5/7 in any set.... n it ll stay that way 4 me....

Pitching a track more than 2-3, max 5 bpm ruins the original feel of the track that the artist made. So, have respect to the artists and don't do that too much.

I've done it myself in the past and I can honestly say that I regret it. The music is better to be pure!
Top

My opinion is very clear about this subject, I believe that there is a very big diffrence from darkpsy to noise

playing track with this high manipulation sounds to me like just noise, no atmosphere, no feel, all the sounds are way beyond any logical speed

remember that we are talking here about music, not about noise, so its time to understand it.

I belive that this the last time i reply on this thread bottom line:

I never said that faster = better...
but everyone likes a different kind of speed. And i like 180 +

Quotation: BPM manipulation is just destroying the meaning of the track

Maybe it destroy the meaning but it creates a complete new meaning.

I think you totally misunderstand my friend. It is NOT the Bpm that matters but the Total Profanation of a track when it is pitched up with more than 10bpms... up or down, If you know something about frequencies you will understand why.
So Why dont you just find enough, maybe 30 tracks at at least 200bpm as original bpm and just pitch them up a bit and made a real serious psycore set? Yes there is this genre, Psycore. Listen to Ganika's sets for example.

When I was a kid I liked to play vinils originally recorded at 33 as 45 (if you have an old turntable you will notice) it was fun really! than I was playing with the FFW of the cassette recorders, playing what ever... But i admit this was kids play, when i was 12 ehehehe

What i want to say is that your set sounds just like one of my childhood recording with FFWed play. eheheheheh.

So my advice to you, man is: just look for the proper tracks! I'm sure you can find a lot, speak with Ganika, look for Yata Garasu tracks, look further into the mexican scene and you will see it is really MUCH more powerfull to play tracks made at this speed than speeding up 160bpm track to 260.. wow over 100bpms up!!! ahahaha you loose any bass and it all sounds as played over the radio. It is just not serious, I admit this more as some joke of somebody too stoned than any serious set.

I will listen with a lot pleasure a set made of real PSYCORE tracks!

And remember what the people here are saying to you, it is not the Bpm that matters, but the reckless pitching...


Maybe it destroy the meaning but it creates a complete new meaning.

... yes, it creates a childish meaning

Tastes are different and thats good!

At my myspace page are a few sets with 200 bpm and the most trackz are pitched about 10-20% and this sounds awesome like a lot of people told me after hearing it!

From yata i have more than 20 trackz and also very very much of the mexican stuff.but thanks for the tip...

Have a great evening

OXIDELIC wrote:What i want to say is that your set sounds just like one of my childhood recording with FFWed play. eheheheheh.

Your absolutly right i've done the same thing it's pretty similar. I've listen to the set and.. i can't understand the meaning of the tracks at that pitched bpm, and that's the problem blind fury, only the massive pitch. I thought the ideia was good but the final result, it's a disaster

i admire your guts, it was a pretty hellik experience ahah
Top

an bro maybe ur forgetin the whole idea behind spinnin dark musik , most people come to parties to dig dark musik to enter a profound ritual dimension and most of the listiners are on hallucinogenic an entheogenic substances seeking higher connections

Have you ever played musik on real loud speakers ??
if u like playin High Bpm Dark psy stuff bro there is plenty of killaaa Musik out der , you don need to be spinnin musik created @ 150 bpm odd in 200 + Bpm thats just not happning

instead try lookin for hig bpm musik like furious, crazy astronauts , Cosmo , Zero Blade , Oxyck etcccc im sure u wont be needing to bend the pitch at all cauz the creation itself is so perfect

Come on guys 260bpm....
This is not dark psychedelic, it is not even psychedelic
No atmoshere, no story, no nothing, just destroyed tracks...
Ok if it is for fun im ok... but when im listening people say 'good stuff' im getting angry...
In my opinion 150-155 is the faster music with soul, darkness, and full of atmoshere....
Boom from GREECE

athish
We have a pulse!

Users browsing this forum: No registered users and 5 guests